The Tankduino is an Arduino based project designed around the aspect of making an aquarium more self sufficient.

This project was spawned out of a need to not forget to feed the fish in an aquarium. Originally the project was planned to only have an LED turn on twice during the day at two different times and turn the LED off at the push of a button. The original design contained no Arduino what so ever. Once the Arduino was added, the project completely changed direction and took off. With the capabilities of the Arduino, the goal quickly changed to just from a feeding notification to an aquarium control system. The over all purpose is to eliminate the guesswork in owning an aquarium and allow for people to enjoy it with less hassle. 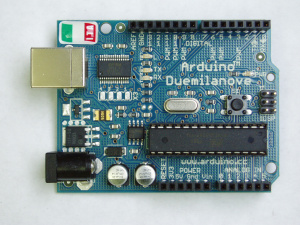